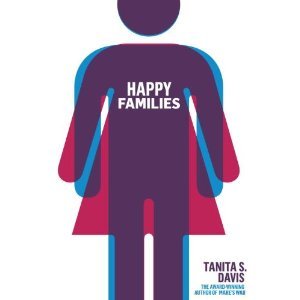 Face Value: I love this cover. It hints at what the book is about without sensationalizing and it’s simple and clean but still really aesthetically pleasing. If I didn’t know about this book ahead of time, I would absolutely pick it up off a library or bookstore shelf to see what the deal was.

Does it Break the Slate? By all means, this is a Slatebreaking book. We love reading books that take a complicated question surrounding gender identity (in this case it is the main characters’ father) and investigate it in a thoughtful, sincere way. There are not a ton of books out there about transgender identity, and I’ve actually never read one before that talked about transgender parents. So to read this amazing, loving book about this family was really wonderful, and absolutely Slatebreaking.

Who would we give it to? These characters are so beautifully relatable that I would give this to almost any fan of YA contemporary realism. Definitely recommended as another great title for YA Pride Month.

Review: As far as being a teenager goes, Justin and Ysabel Nicholas have it pretty great. Justin is a straight-A student and a rising star of his school’s debate team. Ysabel is an artist, whose jewelry is actually beginning to get some notice in the art community. They have a loving, supportive family. Things are really as good as they possibly can be when you’re a teenager. And then their whole world changes. Their father’s biggest secret is exposed – he is transgender – and now the whole family has to figure out how to move forward. The majority of the book takes place after Chris has come out as Christine and moved away from the family as they figure out what to do, when the twins spend a week with their dad to try and repair their relationship.

There’s so much good stuff in this book. First, the character voices of Justin and Ysabel are very strongly rendered, and I liked way we heard both of their first person voices in back and forth narratives. We see them make a real journey from the beginning of the book to the end of it.

This is a story about a family that loves each other – parents who are there for their kids, and would do anything for them, but who are also fully realized human beings, who have their own identities to work out. Justin and Ysabel are understandably upset about what’s happened – not so much out of prejudice (although they do have to address their own biases throughout the course of the story, and those moments of growth are well handled) but because the constants of their lives have totally changed. Suddenly all of these hard and fast truths in their lives are replaced by questions – how long has their dad felt this way? Why isn’t he living with them anymore? Is he gay? Is he going to get surgery? What are they supposed to call him now? The certainty of their world has been completely shaken up, and that’s the thing they have to contend with.

But they do. This family contends with a huge life change, and figures out how to come back together. It’s not easy – and Davis never oversimplifies or devalues her characters struggles. But its family – so its worth it in the end.

Major bonus points are also awarded for the way Christianity is important to this family, and Chris/Christine’s religion is presented as a part of his life all along, regardless of his transgender identity. Religion is a huge part of their identities , for both parents and both kids. And their mom – who is also, obviously, thrown for a huge loop by this change in her life and her marriage – is struggling, but is very much still in love with her husband. They move forward as a family, and find a slightly different version of normal.

Tanita S. Davis has obviously put in a tremendous amount of care to talk about gender identity and the transgender community. A reference guide with terminology is included at the end of the book, but throughout the story she is carefully educating her readers about what language is kind and considerate, what isn’t, and why. When the twins and their dad meet up with a community group of other transgendered parents and their families, we get to see families in all other emotional places, who have come to be seamlessly comfortable with this element of their lives. It’s a huge transition moment for Justin and Ysabel, and it’s important for the reader too. It demonstrates the normality of these families, and shows us where our characters are headed without rushing them to an unrealistic place for this moment in time. By showing tremendous compassion for all of her characters and acknowledging the hugeness of a situation without melodrama, Davis has given us a powerful story that I think will mean a lot to a whole lot of readers.